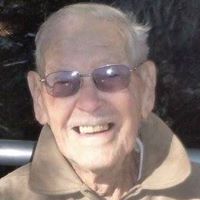 Harold Douglas "Smokey" Stover Hattiesburg, MS Services will be held at 10:30 A.M. Friday at Hulett-Winstead Funeral Home for Mr. Harold "Smokey" Stover, 92, of Hattiesburg (formerly of Purvis, MS) who passed away Saturday, May 13, 2017 at Bedford Care Center on Cahal Street. Interment will be in Coaltown Cemetery with military honors performed by the VFW Post 3036 Honor Guard. Mr. Stover enlisted in the US Navy at a very young age in December, 1940. His first encounter with war took place on the morning of December 7, 1941,at Pearl Harbor, HI. Seaman Stover awoke to the Japanese attack on shore at the coal docks and spent the day recovering his fellow servicemen from the waters of the deep Hawaiian harbor. When his ship, the USS Salt Lake City returned to harbor, he rejoined the crew and headed to sea to do battle for the next four years. Over the course of the war, Smokey participated in some of the most crucial battles of the Pacific Theater; including the Doolittle Raid on April 18, 1942 when the US attacked the Japanese homeland. He participated in many other battles including Komandorski Islands, Midway, Iwo Jima and Okinawa as well as lesser known battles. Smokey continued to serve in the US Navy. His last encounter with war was the Korean War from 1950 to 1953. Smokey was awarded the Distinguished Flying Cross and Air Medals for WWII and Korea. After 20 years of service to his country, Smokey settled in Mississippi for the rest of his life. He was a member of First Baptist Church of Purvis. Mr. Stover was preceded in death by his first wife, Enois Johnston Stover; two sons, Gary and James Stover; two sisters and a brother. He is survived by his wife, Mary Lou Freeman Stover of Hattiesburg, MS; two daughters, Cynthia Holcomb and Deborah Hamilton (Mark) both of Purvis, MS; a son, Dusty Freeman (Kathy) of Hattiesburg, MS; three grandchildren and five great-grandchildren.