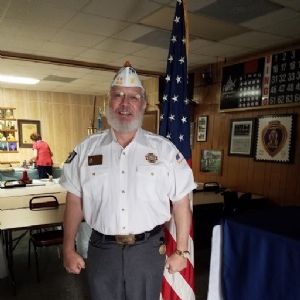 Hasty  is now serving  the veterans  as a volunteer.  He is chairman  of the VA Bus Transportation
Program for the  Pine  Belt of  Mississippi and  supervises  its activities,  schedules  the drivers, and arranges  the bus maintenance. He has also  been a driver of the VA  bus from  Hattiesburg  to the VA  medical  center  in Jackson  twice  a  month  or more.  Further,  Rex is the  Masonic Service Association of North America's  VA  Hospital Representative for the Biloxi VA  Hospital. He had previously  been the chairman  of the VFW  Post 3036 committee  organized to  raise  money to purchase  a  much-needed replacement for  its 11-year-old VA bus.  Other  interests include serving the  Maybank Baptist Church  as its transport  chairman  where  he supervises  two vans  and several drivers,  also  as a church  security  team  member and  leading the church  grief support group. you